Henry VIII and his six wives

today we worked on the following parody about Henry VIII (the eighth).

Here is the lesson we wrote:

Lesson: The life of Henry VIII (the eighth) and his six wives

He had 3 children (Mary, Elizabeth, Edward).

Henry married six wives during his life. He divorced two. He beheaded two. One died in childbirth of blood poisoning. Only one wife survived.

- 1st wife: He married because it was a political alliance with Spain.

- 4th wife: ... because it was a political alliance with Germany.

- 6th wife: ... because he needed a nurse and companion. He had a problem with his leg.

Reasons why they separated:

1- He divorced the 1st wife because she didn't have a son (he wanted a male heir). [Mary]

2- The 2nd wife died because she promised a son but she had a daughter. [Elizabeth]

3- The 3rd wife died in childbirth of blood poisoning. She gave birth to a son. [Edward]

4- The 4th wife was beheaded because she loved another man.

5- He divorced the 5th one because she had an ugly face.

6- His 6th and last wife survived but she died one year after him. (she married twice: once with Henry and once after he died).

Reason why the King died:

Henry VIII died because he had a problem with his leg.

in red = irregular verbs in the preterite

(to) get a divorce

(to) die in childbirth

a son / a daughter

Henry VIII and his six wives

today we talked about Henry VIII (the eighth) and why he had six wives...

They were either divorced, beheaded, or died... how gruesome a king he was!

You can have a look at Kathryn's presentation here again:

today we first completed the quiz that you had created about health and sport.

Then we continued and wrote the lesson about Squanto in the copybook along with a chart with regular verbs (pronunciation of /ed/ ending):

- Squanto was a Native American (Indian). He belonged to the Patuxet tribe.

- He was a helper. He helped the Pilgrims to catch fish.

- He was a teacher. He taught them how to plant corn.

- He was a guide. He guided them where to hunt.

- He was a friend. He reconciled the Native Americans and the Pilgrims.

Finally, I let you discover the main topic of next time's lesson: the mystery picture of Queen Elizabeth II ("the second").

You can do this mystery activity here again:

And you can have your parents and / or brothers and sisters fill in the health quiz online here:

today we finished working on the questions of the quiz about health.

Then we continued the lesson about Thanksgiving, studying the text about Squanto.

You had to classify the verbs according to their pronunciation.

Here is what you could have written:

Squanto was a Native American. He was from the Patuxet tribe.
He had many roles for the pilgrims:

- he was a helper = he helped them to catch fish.
- he was a guide = he showed / he guided them where to hunt.
- he was a teacher = he taught them how to plant corn.
- he was a friend = he reconciled the Native Americans and the Pilgrims.

today we did a follow-up lesson about Thanksgiving traditions today. In groups, you had pieces of a puzzle to assemble and then keep secret for the class to guess. You had to make at least 5 sentences about those pictures.

They were all different and all about an important modern Thanksgiving tradition:

- Black Friday, the day of sales just after Thanksgiving.

Correction for your tests 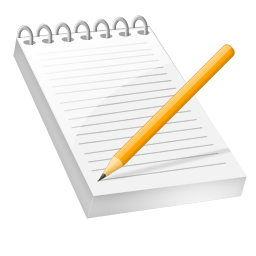 today we dedicated the hour to setting things straight and to correcting your test.

Let's hope you will have understood that your not succeeding only depends on your not working properly at home...


So, let's start the 2nd term with a better attitude and a better way of working.

today we created your quiz taking questions from everybody.

Here are the words symbolizing your questions: today you had a class about "The First Thanksgiving" with Kathryn. I hope you understood lots of things and that you enjoyed it.

Here is the text we studied that goes along with the video here:

Final presentations & how to create a quiz

today we first had Arno's very good presentation of the following advert and also Anicia's.

We corrected a little bit Anicia's presentation about the goals:

- It encourages people to think that they eat fruit when the drink Oasis.

Finally, you worked in groups of 2 maximum to create a quiz about healthy habits at Joliot Curie.


Be careful about how to make a question in English:

US elections - The results

today you had to work with Kathryn on the results of the American elections and more particularly on Barack Obama's victory speech. You can watch it again below:

Here are some important elements that you understood during Kathryn's presentation:

- President Barack Obama was re-elected for four more years.
- In his victory speech, Barack Obama thanks his wife Michelle for her support.
-- NB: the wife of the president is called: "the first lady"
- He thanks Joe Biden, his vice-president (he says he is the best vice-president ever).
- The electoral system is different from France. It's the number of votes of the electoral college that counts, not the popular vote. To win the elections, you need to score 270 "points" but it's not important if you have less than 50% of people actually voting for you.

Some of you really behaved like SLUGS! I'm telling you... you REALLY need to wake up and participate. This week's the last impression of you I'll have before filling in this term's report cards... So you'd better watch out...