Emotions and feelings of Chris at the end of his day

today I first explained you the new system of oral participation and then you did a quick recap of what we had said about Chris's situation before the holidays.

Then we moved on explaining his emotions / feelings. Here is what we said:

- ... Chris is exhausted / tired because he has woken up at 3:00 am. He has worked very hard: he has carried heavy papers and loaded them in the truck.

- ... he is proud because he has done a difficult job.

- ... he is satisfied because he has found his first job.

today we continued talking about the TV series and we've nearly finished. We'll finish everything after the holidays if I'm still teaching you and you'll have a test on the next Thursday about this lesson.

You completed the worksheet to make a recap of what you knew about the episode. Here is some vocabulary you used:

- to save up ≠ to spend money

- to put money in a piggy bank

- Chris has applied for many jobs but he hasn't been hired because he is useless. He is skinny and short. So he can't be a security guard for example.

today we worked on 2 other extracts from the series "Everybody Hates Chris".

You can watch them again below:

Here is what we said (lesson not in your copybook yet):

To buy his leather jacket, Chris needs money (about $50 for the jacket on sale). There are many possible solutions:

- He can help his parents:

- go buy some bread, keep the change, and save up.

- He can do baby-sitting

- He can get good marks and ask his parents for an allowance / for pocket-money.

- He can do illegal jobs:

- sabotage a barber's down the street

- bag groceries in a supermarket (bagger)

But his solutions don't work out. He has to ask his father for help. 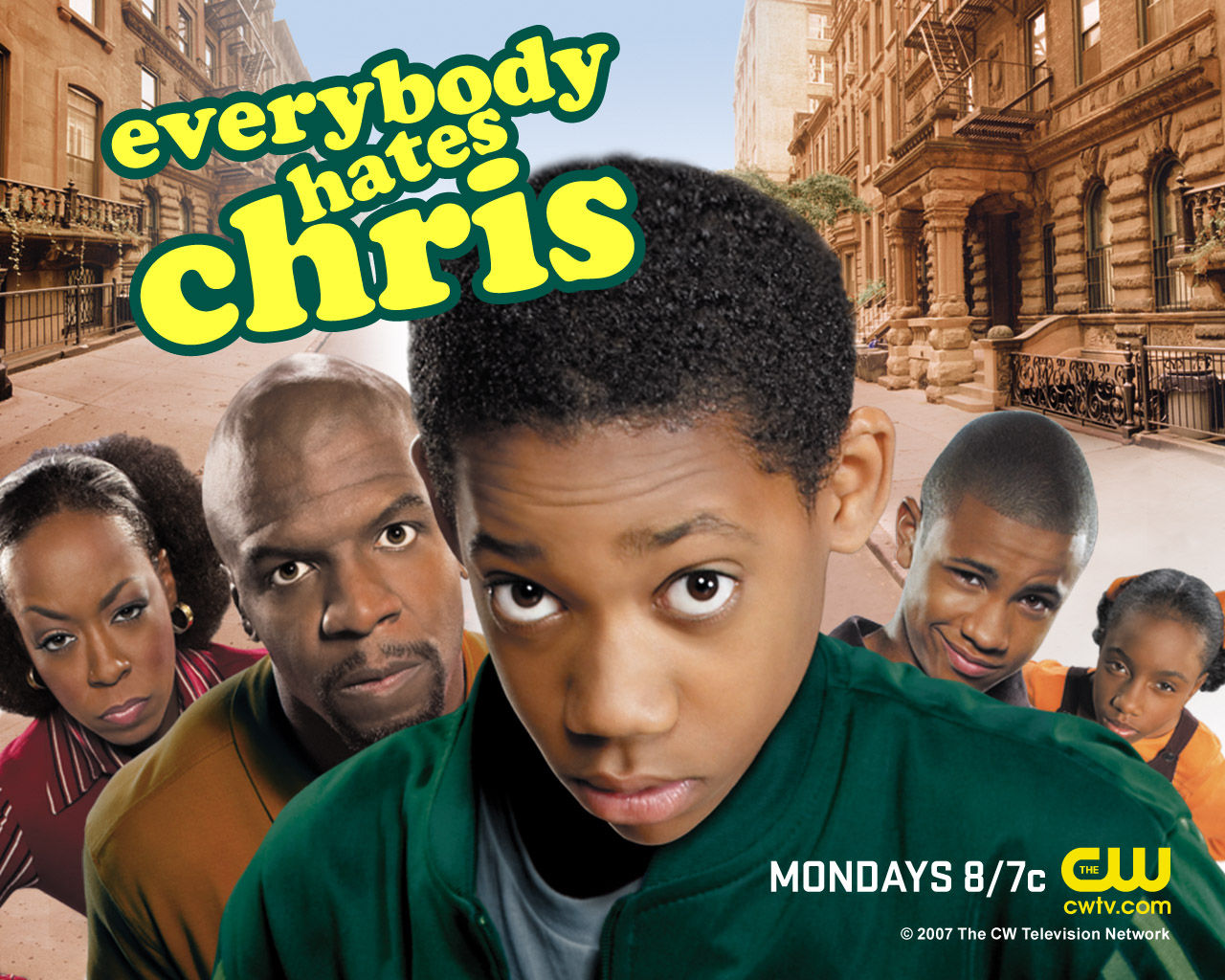 today we first worked on the analysis of the very beginning of an American TV series.

It's called "Everybody Hates Chris".

Here is what we said (only Malik could see the video, the rest of the class had to listen and ask him questions):

The document is an extract from a TV series. It takes place in New York City (Brooklyn) in 1983.

It's a conversation between teenagers in the street.

They are talking about a jacket. The boy wants a jacket to be cool but he doesn't have money.

- there is American rap music in the background.

- the characters have an Afro-American accent.

I'll be your substitute teachers for two hours on Thurdays and Fridays until we find another solution or Ms Deneuvier can come back.

Let's try and work as intelligently as possible.=)