Preparing for theater --- acting and performing a text on stage

today we had a first "special class" about how to consider acting in English. I hope you had fun but that you also learned some interesting things about staging and performing to be a good actor.

Unfortunately some of you had to leave early because of P.E. class. We'll continue this next time, i.e. tomorrow. Our objective is to finish the lesson with a transformation of the text into an act / a scene from a play.

Arriving to an unknown world

today we first worked on how to create an atmosphere starting just from your senses and impressions and our little experiments... ;)  Creepy, wasn't it?

Here is what we finally said:

Narrating starting from your sensations and feelings

Arriving/landing: by boat, by airplane.

I came to the desert island by plane but it crashed into the ocean. I felt cold and wet.

Reaching the beach: I managed to reach the beach walking in the sand. It felt like biscuits under my feet.


Getting into the forest: I felt lost and exhausted. I was injured/hurt/wounded. My eyes hurt. I felt as if I were blind, but I knew I was in the forest. It felt dry and like twigs under my feet.


In the forest, first meeting with the natives: I was taken by people to their camp. They fed me soup with mysterious ingredients. It felt as if I were eating human eye balls and a warm beating heart. Ex: It feels strange and mysterious
It smells like vinegar
It tastes as if it were dead fish


Then, after revealing the real objects from the bag, we continued the lesson with a recap of your homework about Joseph Conrad and we began to study an extract from one of his biggest success: "Heart of Darkness".

Here is what we have begun to say about it:


Type of narrative: 1st person narrative. The point of view is Marlow’s. It’s an internal focalization.

Who: Marlow and his men (pilgrims) + the natives.
Where: On a river, into the forest, in the wild/wilderness (a wild dense jungle)
When: At night

The discovery of the unknown today we first warmed up with a recap of what you had understood from your test and then we started a new sequence dealing partly with colonialism.

You first had to comment on pictures and you did quite a good job. Then you had to work on the different points of view (POV) used in the documents. Here is what we said: today was the last test before the end of the term. I'll try to correct it asap, i.e. before your "conseil de classe".

I'll keep you posted about it.

Until then, take care.

today, after 2 volunteers talked about their selected pictures and our comments about their presentations, we summed the important ideas to tackle when talking about the war in the US.

We finally watched a short documentary about the war effort. You can watch it again below:

Here are some of today's ideas:

Before the war, women used to wear nylon stockings / tights.
However, they had to give it up because nylon was used to make parachutes; so women used socks instead.

today we first finished correcting your tests (essay and translation). Here is the list of link words that were used in the essay:

"to be written by Sarah / Aurianne"

Here is the correction for the translation (English original text + our proposal):

"to be written by Sarah / Aurianne"

Then you took a vocabulary test and you then had to analyse and compare two drawings by Normal Rockwell that you can see again below: Here is the chart we began to draw about the similarities and the differences between the two documents:

They both embody the woman and her evolution during and after the war .

today we first warmed up with a video about a university professor who is a freegan... But what is freeganism? Let's watch the video again:

Here is what we said about this movement but could you find a translation for this word? :

The document is about a teacher who has gone green for more than 30 years. He sorts out the garbage from the trash containers and eats for free.

He is a freegan.

- to reduce the impact on the environment: the 3 "re"

Then we continued our study of the text and the analysis that we had conducted about the absence of speech verbs. Here is what we said about it and some expressions that we could use to make things clearer for the reader:

Analysis:
Absence of speech verbs ->
1- to keep the feelings a secret
2- to play tricks on the reader; POV is difficult to determine.
Feelings: (speech verbs)
Stella said... nervously / anxiously
She moaned... in a trembling tone

Finally, we started an activity for the correction of you essay (mock exam). You need to finish this activity for after the holidays.

today we studied an extract from the movie "Pearl Harbour" and your role was to identify the similarities and the differences with Stella's story.

You can watch the extract here again:

Here is the chart that we ended up drawing:

today we first talked about the way English people see the French and here is what we concluded:

Warm up : French cliches and strereotypes.
- Fashion : French people are said to be shopaholic / prefer buying luxury brands / love luxury
- Hygiene: They are believed to smell from their armpits

Then we continued the lesson with the correction of the about what you would do if you were in Stella's shoes. Here are the different options you mentionned:

If I were / was in Stella's shoes, I would... :
- break up with Philip but only after some time because I wouldn't want to make him unhappy as / since he is mutilated, traumatized and devastated.
- commit suicide because I would be torn appart between two lovers.
- break up with* Philip because before the accident Stella stopped loving him.
- leave Joe because this relationship is just a fling, it's frivolous.**

* break off an engagement with...
**  a love affair which is not serious is frivolous, it's a fling.


Eventually, we read the last part of the text and determined that no option we had anticipated was really the one Stella acutally chose. Here is what we said:

- Stella's difficult choice : ordeal / hardship /  dilemma
----> Finally, Stella chooses to stay with Philip and break up with Joe out of pity / compassion

She is torn apart like in some soap opera.
( ex : The Young and the Restless, Days of our Lives)

It seems a bit too dramatic. There's a lot of tragedy / pathos

And to end the class, we made a list of words and phrases used in the text to convey pathos. Here is the cart we drew:

He couldn't take it anymore
I would be his life or his death
Ordinary life has finished for him
the only thing worth
" I'd stand by him" : --> she said
--> complained / moaned
That would be tempting fate ( destiny )

- Narrative : 3nd person narrative -> it's both a dialogue and a narrative 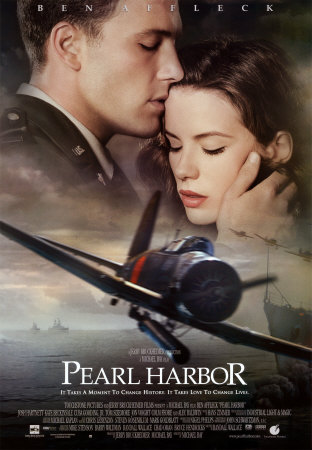 today we first warmed up about the possibility to maintain a love relationship during the war and here is what you said:

Falling in love during the war is probably possible but very harsh.
There's a difference between falling in love before the war and trying to keep a long-distance relationship and falling in love at war which seems to be frivolous. Keeping a long-distance relationship depends on several things:
- Faith and trust in your partner
- And finding solutions to communicate
For instance, Cathy's cousin has been in love with a foreigner for two years now; they are getting married when her boyfriend proposes to her.
Voc :
- Tenderness
- (to) seek shelter
- (to) propose # (to) offer
- faith/trust
- a foreigner = a stranger


Then we continued with summing up what the Blitz was and we jotted down a few words to remember:

Finally, we started reading a new text about Stella, Philip and Joe on the farm. Here are the notes that we took to remember the first elements of the story:

Where : on a farm
in London/ at the hospital
Facts : Philip's Mother / call / Stella : Philip -> lost a leg + a foot (?)
Voc: (to be) crippled
handicapped
mutilated

- préparer des notes pour répondre à la question suivante en anglais à l'oral: "What would you do if you were Stella? Leave the farm and break up with Joe or stay and break up with Philip? Explain why." (2-3 minutes)