today we first talked about women's day with Maheen who did quite a good presenting the video and talking about it.

You can watch it again below:

Women's Day (since 1977, created by Americans)
Goals:
- to raise awareness in people about inequality of treatment between men and women
- so as to get a fairer society
- to achieve equal rights
- in order to improve women's education, healthcare, housing, security ... throughout the world.
> in the past, they were forbidden to vote and they still can't vote in some countries.
> in some countries, girls are forced to get married.
> women on average don't have the same salary/wages/pay as men even if they do the same jobs.


Then we continued talking about the topic "Immigration to the US" with the analysis of this article:

-> Who? Mr Ramos, Mexican, 36, illegal alien, "wet back"
-> Where? border
-> When? Nowadays, now mayor of a city
-> What? Illegally crossed the border at 24 / worked illegally
-> Why? He was looking for "the American dream"
> you start from scratch and strike it rich.
> better living conditions (work, healthcare, food, housing...).
> success, pursuit of happiness.

> Mexicans don't always have a better life.
> the American economy has changed (crisis).
> Used to be a developing country with no technology and no recent architecture.
> Mexicans have been massively deported.

> Mexicans are "Americanized".
> bilingual or even 3 languages : English, Spanish, local tongue.
> migrants adopt American standards / life style.
> migrants still wire cash to their families even if as there are fewer migrants, there is less money.

today we talked about a very important health topic: "Melanoma" with the help of the following video - "Dear 16-year-old me"

Here is what we briefly said about it:


It's a type of skin cancer that is widely-spread among teenagers and adults.
If a mole on your skin changes color, shape or just appears, you need to check it and go to the doctor's.
You need to take it out within five years; after this period you only have a 10% chance to survive.
This campaign allows to raise awareness in people about the dangers of this cancer.

Vocabulary:
A sunburn
To sunbathe
A suntan booth

Then we continued the class with the correction of last month's test about Sally and Nora.

here is the commentary made by Cassandra for the following picture:

Thanks to her for sharing. today we finished correcting the translation that we had started to review yesterday. Here is what you have finally said:

Then we continued the correction of the 2nd text (about Nora and Sally) with analysing the intricate relationships between the characters present and mentionned. Here is the graph that we have drawn to symbolize who was connected to whom and how + the beginning of the interpretation of the text:

today we first warmed up with an extract from Madonna's show for the Super Bowl and we spoke about how expensive it was to place an ad during this sports event.

Here is the complete show of the singer (amazing, ain't it? vulgar some might say because of her age...):

Here are some ads that I promised you I would upload:

And finally, here is the correction for your test about Faith's parents moving back to Jamaica and her progressively and naively discovering the news...:

Correction for your translation

today we finished correcting your translation from the text about Ana. Here is what you finally agreed upon saying:

Then we moved classes to go to the documentation center and have the many mini conferences about hyper realism and we worked together with Mr Brot to finally comment upon a yet unknown work of art. You did quite an impressive job today, bravo! Let's hope your brochures and recordings will be as awesome!

See you next time,
Mr Hattais. 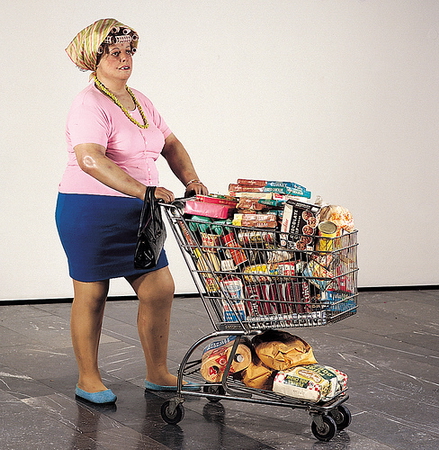 today we first worked on the following video as a warm up:

Here are the notes we took about it:

Dabbawala: a person who brings / transports food to customers at their schools or offices for example.
They are 5000 throng. They work for the group not just for themselves: there are the president, the supervisor and the Dabbawalas. They all have the same salary.
Where?

For lunch, they have had this service since 1890 in Mumbai.
What?

bicycle / train / man power. Now they have new technology; nowadays they have SMS - computers (Microsoft).
The salary of everyone can be reduced if they don't work well as everyone has shares in the firm.

EXPLANATION OF THE FAME
Prince Charles invited the president of this organisation to William's wedding; the BBC has made a documentary about them because their system works: they are very efficient. They are never late and never mistaken even if / even though they are illiterate. They are proud of their achievements.

Then we began to correct the translation you had to do for today about Ana's text. Here is what we have said so far:

Ana's story: the bright side and the seamy side

today we worked a little bit more on Ana's story and you had to determine whether it was a positive or a negative experience for her to have gone to the US.

Here is the chart that we drew about the two sides of her adventure and our conclusion:

In the story, there is a negative side / a seamy side:

- indeed Ana feels uprooted. Even if she is the breadwinner of the family and it makes her happy, she is not with her children.

She fled Mexico because she and her family used to live below the poverty line. She went to the US in order to achieve her dreams and improve her family's life.

- At the beginning, when she arrived, she was still destitute and cut off from society. It must have been difficult to adapt, above all because she was an unskilled worker. She may also have felt rejected.

All the parts of the bright side of her adventure hide a seamy side. It’s two sides of the same coin. But there are 2 points of view. Ana’s point of view: she is satisfied / content with her new life and well-integrated.
Her family’s POV (her mother's): they wish the family could be united again.

Ana's evolution in the US + feelings

today you spoke a LOOOT about Ana's situation in the US. Here is the global written account of what you have said so far:

Ana used to be poor in Mexico but now she is well-off in the US. She must have been depressed and lonely at first when she left her family six years ago. Ana must have been torn apart to leave her infant son.

However she has succeeded in integrating to her new life even if she does everything off the books: she is an illegal immigrant who takes a lot of risks. She started as a laundry woman. She then became a maid and now she has a more important but risky job; she is a broker for undocumented migrants. She helps them to find a job (she is like a coyote but for work).

We can say that she has climbed up the social ladder. She sends things to her chilren who stayed in Mexico so that they have an easier life.

If they came to the US with the salary / wages / income she earns, they couldn't have the same standard of living in America. Moreover it costs a lot of money to pay for the smuggler and it would be really hard for her family and children to all cross the border illegally. Besides, the more they are in the US, the more they are at risk to be caught by the police.

Because she is determined and courageous, she has fought her homesickness and guilt and she has found friends to support her. 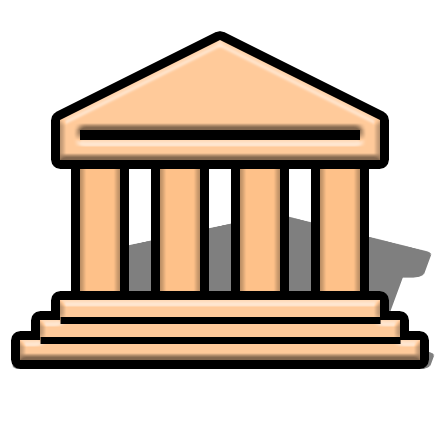 today after having an interesting presentation by Sarah of yesterday's picture (good job), we moved on with the lesson and began studying a text about an illegal immigrant from Mexico.

Here is what we have said about her so far:


She left her 2 children and ex-husband to go to America. She paid a smuggler / coyote to help her and drove to Los Angeles where she finally took the plane / boarded an airplane to go to NYC.
During her trip, she hid in a car; she crawled into the US through a drainpipe / the sewage system. t must have been a very exhausting trip / journey. It must have been a very dangerous trip. She could have died in the desert for instance.

- a coyote: a person you pay to enter in a country illegaly -> ex: $1,000 fee for 1 person
- to smuggle money off shore = to hide money in another country