Puns on words and the London Blitz

here is what we said about the video we watched today as a warm up for the class:

The video is full of puns on words about technology:

Then we corrected your homework and we made a chronology of events, commenting on the different numbers:

"to be written by Quentin" (some information is still missing... = cf. death toll + underground stations, ...)

Here are some explanations about a grammar point in the document:

"to be written by Quentin" -> this info is still missing

Finally we started to talk about how to present and comment on a picture.

HW: for tomorrow, you need to find the global death toll of the London Blitz.

More information about the Blitz here.

today we began our new sequence about Love... and we drew a spidergram with important vocabulary about the topic. Here are the different categories we have determined so far and the words we associated with them: Then when I told you the last part of the sequence ... "during WWII", you had to find some problems and consequences linked to the situation:

Finally, we talked freely about love and romance and Ambre told us about one of the most romantic moments in her life. Here it is:


What’s the most romantic gesture / token of love / you have ever made?

→ Ambre says she’s romantic. She remembers one summer when she broke up with her boyfriend. She woke up early to see him one last time and she gave him one last love letter.

Victor thinks it’s lame and pathetic but it's normal, he is heartless...

HW: learn your vocabulary + read the text and organise the events in a chronology.

Correction for your letters

as you had to attend a lecture about "classes préparatoires", I only had to time to hand out some documents I had prepared for today's correction.You had to highlight the important vocabulary words about the sequence (death row + feelings) and the link words expressing consequence, goal and cause.

today you took your final test on the death penalty. I hope that you will ace awesome grades. I'll try to give you the results back next time, i.e. on Thursday.

Until then, enjoy your week-end and take care.

Correction of your letters

today we first worked on link words and how to express cause, goal, and consequence. Here is the correction for the exercise we completed:

Then we continued the lesson with the reading of two example letters in which you had to highlight important link words and vocabulary. Finally, you needed to correct your mistakes and get some proof-reading objectives ready for tomorrow.

today we dedicated parts of the lesson to revising some important vocabulary. Here are the sentences we translated:

1. This text is about / deals with the death sentence. Sam is a convict / inmate / prisoner who is to be executed soon.
2. At the beginning the two men / both men stay distant / shy ; they seem ill-at-ease and they don’t look at each other / avoid looking at each other.
3. Sam explains to Adam that in the Deep South, a lot of politicians are for / agree with / support / have voted for the death sentence because it’s a good deterrent.
4. Public opinion wants tough sentences so as to deter / which deter criminals from committing crimes.
5. Sam is resigned because he knows that the situation is desperate / hopeless and he is to die soon.


6. Adam is determined to help Sam. He feels pity and sympathy for his grand-father at once and he thinks he doesn’t deserve to die.
7. John Grisham opposes the death penalty. Throughout the text, he seems to say that it’s a kind of lottery.


Then we continued the lesson with the listening of an audio recording about people's opinions on the death penalty.

You can listen to it again here:

Here are the arguments we have spotted out:

≠
- A judge cannot decide who may live or die.
- Criminals must go to jail in order to realize the consequences of their crimes.
- There's always a risk / a doubt. If a convict is sentenced to death and he was innocent, it’s too late. There can be judicial mistakes.

+
- Murderers deserve to be executed because their crimes are cruel.
- An eye for an eye, a tooth for a tooth. People want revenge.
- A good deterrent.

HW: for next time, translate the last 2 sentences from your worksheet + learn your lesson and vocabulary as there will be a vocabulary test. On Friday, you will take your final test about Death Penalty (= a letter to write). today we first commented on the text and here is what we said about the characters and their feelings:

At the beginning, the atmosphere is tense. The two characters are ill-at-ease. They don’t look at each other and they don’t know what to say. Adam is under stress / distressed / anxious because he doesn’t want Sam to know they are grand-father and grand-son.

Then we continued to talk about the text and more precisely about the way Sam talked. Here is what we said:

Sam is resigned and desperate. He speaks in a sad and ironic tone. He doesn’t want to die.
He uses colloquial language; he doesn’t care about living or dying.
He calls the politicians “clown”, he thinks very little of them. He despises / scorns them.

Finally, we corrected the worksheet you had to complete for today. Here is the correction:

HW: learn your lesson and get ready to talk.

Death Row - The recap and more about the text today we first did a quick recap of what you had to know about the text.

Here is the correction I have recorded for you from your comments:

Then we continued speaking about it and we focused on three important aspects:

- The cultural background of the text:

There are 38 states which have the death sentence (in the South East of the USA mainly = Florida, Lousiana, and Texas). 12 or 13 states are without the death penalty.

Sam = He is 70 years old. He doesn't know that Adam is his grandson. He has been on Mississippi's death row for nine years for the murder of two children.
He doesn't care about life anymore, that's why he smokes a lot. He thinks that dying from a lung cancer is better than dying on death row.

There is a 44-year difference between Adam and Sam, i.e. two generations.

Adam = Adam is 26 years old. He is lawyer and has studied at law school in Michigan (state without the capital punishment). Adam may be against the death sentence because of his education. Adam was born in Memphis, Tennessee and grew up in California.
He doesn't have much time to save Sam. His grandfather will be executed in one month.

- The feelings of the characters and the atmosphere in the text:

Additional vocabulary (from the text or from your comments):

HW: you need to complete the exercise sheet I gave you + for after the vacation, don't forget to complete your letter assignment. You will also get an oral test about the presentation of the text and its content next time. Unfortunately, this was probably our last class before the holidays since it seems we'll have a teachers' meeting next Thursday from 4:20 pm to 6:30 pm...

Copy of the script for your audio correction:

We learned that there are 38 States in the US which have the death sentence. These states are mainly in the South East of the country. There are 12 or 13 states which don't have the death penalty.


The text deals with Sam and Adam.

Sam is Adam's grandfather but he doesn't know it. He is 70 years old.

He is a convict on death row because he has killed two children. He has been in jail for 9 years and a half. He was sentenced to death in Mississippi in 1981. He is going to die next month.


He smokes a lot in order not to think about life anymore. He prefers dying from a lung cancer than being executed. He is desperate and resigned. He doesn't care about living anymore.


Adam is 26. He was born in 1964 in Memphis, TE. Between Sam and Adam there is a 44 year difference, that is to say 2 generations. Adam grew up in California and then he went to lawschool in Michigan, a death penalty free state. He is a lawyer and he is against the capital punishment.

In the text, Texas, Florida, and Louisiana are mentioned because these three States have the death sentence. They practise lethal injection.


today you first warmed up with the recording of a short recap of what we had said about Dancer in the Dark. I'll be grading these oral assignments asap (as soon as possible).

Then we continued the lesson with the beginning of the study of our new text entitled "Death Row".

Here is what we said about the general comprehension:

HW: I gave you a worksheet to work on for after the holidays. It gives you the guidelines about how to write a letter.

Re-enacting Dancer in the Dark + end of the commentary 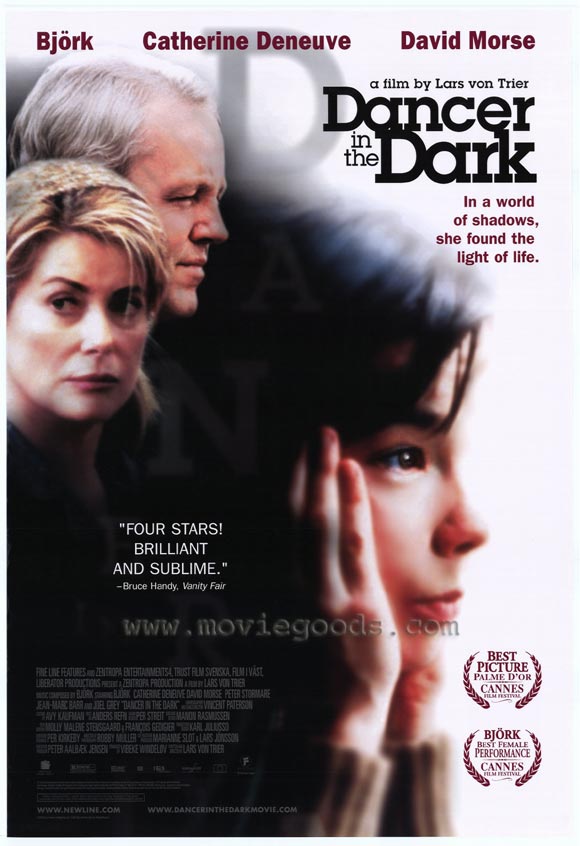 today we first spoke about AIDS again but you behaved like slugs and it was really difficult to have you talk...

Then I gave you a particular assignment. You needed to listen to the sound track from Dancer in the Dark and imitate the actors (and record yourself!).

Here are the sentences you needed to pronounce again:

Finally, we worked on the explanation of the last scene. Here is what we said:

HW: learn the commentary about the film as you will need to record it next time.